Consent Orders in a Defacto Relationship

You are here: Home / Consent Orders in a Defacto Relationship

Consent Orders in a Defacto relationship 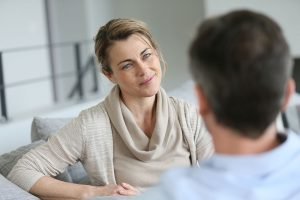 Jack and Sarah were in a defacto relationship for eight years. They didn’t have any children, however they’d bought a house together and each had accumulated some superannuation. Jack didn’t want to get any legal advice as he took the view that he didn’t want to waste money on lawyers. However, he was motivated to reach a quick agreement with Sarah so he could move on. He came up with a proposal for a property settlement, drew up an agreement based on one he’d found on the Internet and gave it to Sarah to sign. They did not consider Consent Orders in a Defacto relationship appropriate.  Sarah wasn’t that happy with it, however, Jack kept pestering her about it, over and over, and in the end she gave in and just signed the document he’d prepared. They divided what they had, and went their separate ways.

Six months later, Jack landed himself around $600,000 when he purchased a winning lottery ticket. Shortly after that, he received a letter from Sarah’s solicitors, seeking a share of the windfall as part of an overall formalised property settlement.

The Solution to Consent Orders in a Defacto Relationship

Jack obtained his own legal advice and learned that the agreement he’d put together himself wasn’t going to carry any weight. While the matter didn’t end up in court, both Jack and Sarah ended up spending many months providing instructions to their lawyers whilst the lawyers wrote letters back and forth to each other, trying to get a resolution.

In the end, they were able to reach an agreement and draft consent orders were drawn up by Sarah’s lawyers, which Jack ended up signing. He ended up having to pay Sarah a lot more than he’d banked on, and the fees he paid to his solicitor were far greater than they might have been if an agreement had been reached and consent orders had been put together from the outset.

If they had finalised their financial arrangement earlier with Consent Orders in a Defacto relationship arrangement the outcome would have been quire different.