You are here: Home / Older Parents and Consent Orders. 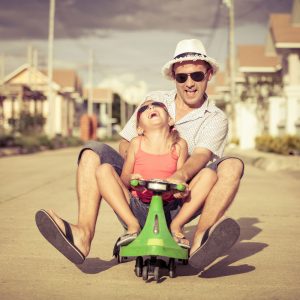 Older Parents and Consent Orders were a solution that Alex and Elizabeth hasd not considered. They had one child together, a daughter Alannah, who was 10 when they separated. They were older parents, and both considered it was unlikely that either of them would have another child. Allanah meant the world to them and they both desperately wanted to ensure that she stayed in their respective custody. After they separated, Alex moved only a few streets away, so he’d be able to continue to spend as much time with Allanah as possible. Allanah’s school was just around the corner, and his employer was pretty flexible, so he was able to work from home regularly, and therefore able to collect Allanah from school and drop her off most days.

Elizabeth was a school teacher, so her hours more or less ensured that she was able to care for Allanah outside of school hours. She didn’t need Alex’s help with Allanah and certainly didn’t want it.

Both parties retained lawyers soon after Alex moved out. They attended private mediation almost immediately, which was unsuccessful. Both were issued section 60I certificates and court proceedings were commenced within a short period.

The allegations made by each against the other came thick and fast and affidavits let fly with accusations ranging from leaving Allanah in the care of people she hardly knew, to a failure by one party to notify the other when Allanah had an accident at school and ended up with concussion. But the letters exchanged between the parties’ lawyers raised a myriad of other things, and few days would go by without correspondence going between the parties, via their respective lawyers.

Alex wanted a week about arrangement and Elizabeth asked the court for orders that Allanah spend only alternate weekends with her father, with maybe one afternoon a week otherwise. Each put lengthy affidavits before the court in support of their respective positions. A further mediation was attempted without success. A family report ended up being prepared, which cost the parties around $8000. They each spent in excess of $40,000, gathering evidence to put before the court, and having their lawyers write and respond to letters to each other.

The Solution for Older Parents and Consent Orders

In the end, the judge made orders for Allanah to spend nine nights with her father and five nights with her mother out of every fortnight. Neither party got what they wanted and both were extremely disappointed with the outcome.

The option of consent orders was not one that ever seemed feasible, although Elizabeth and Alex had participated in two mediations. The reality, however, was that by the time they’d spent 18 months gathering and throwing mud at one another, the possibility of an agreement being reached and consent orders being made became more and more remote. Their relationship, certainly difficult when they separated, deteriorated considerably during the next 18 months and no doubt the impact on Allanah, well and truly caught in the middle, was not insignificant.