You are here: Home / Consent Orders with Children 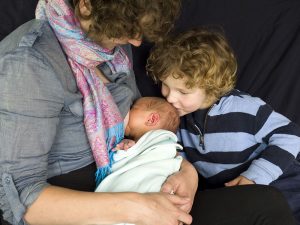 Taylor and Declan’s children were five and three when they separated and should have considered Consent Orders with the children. Following the separation, Taylor went back to live at home with her parents, and Declan stayed in their rental property, about 20 minutes’ drive away. Declan wanted to keep seeing the kids, but it was tricky. Taylor’s parents never liked him much and weren’t really happy about the fact that he was still going to be around. Despite her feelings toward Declan, Taylor admitted he was a good Dad and that the girls adored him.

Shortly after separation, Declan arranged family dispute resolution, and the two of them were able to reach an agreement about the ongoing care arrangements for Alexia and Ella. Whilst Taylor was happy with the agreement, she wasn’t that keen to see it formalised into consent orders.

In the meantime, Declan too was happy with the agreement, but he’d had a mate James who’d also gone to Family Dispute Resolution with a similar situation. He’d told Declan that his former partner talked him into not having the agreement formalised, telling him she was happy with the agreement and happy to follow it informally, and that there was nothing he’d have to worry about. Declan said that it hadn’t worked out and that James and his ex partner had ended up in court, starting all over trying to reach agreement again.

The Solution – Consent Orders for the Children

This made Declan a bit nervous. He waited for a few months and then approached Taylor about formalising their agreement, even telling her about what had happened with his friend James. As it happened, Taylor knew James as well, and had some sympathy for his situation. She and Declan agreed to have their agreement formalised into consent orders. As it turned out, there were a few scenarios they hadn’t turned their minds to, like what might happen if one parent wanted to take the children interstate or overseas, and how the changeover arrangement might change once both kids were at school, so this was able to be incorporated into their agreement while they were amicable enough to decide these things together.