You are here: Home / Long Marriage with Kids

A Long Marriage with Kids 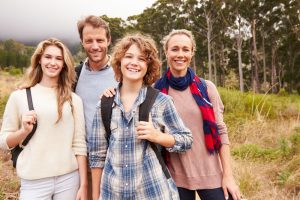 Sophie and Luke were together for 22 years they had a long marriage with kids. They’d raised two children together called Freya and Jade who were 17 and 15 when they separated. Unfortunately, in that time, they’d had a failed business venture, so that by the time they separated, there was a lot of debt and not too much else. The bank was threatening to foreclose on the mortgage over the house and the financial pressure on them was overwhelming. Sophie desperately wanted to hold onto the house for the sake of the kids, who’d grown up there. They were in high school close to home and the older son Max was in year 12. The successful completion of the boy’s HSC was really important to the whole family.

Sophie had started her own business about three years prior to the separation, so while it was still early days, the business was showing signs of being quite profitable. The problem was that currently, the bank wasn’t willing to loan her enough money to buy Luke’s interest in the house. He didn’t want to keep the property, so it looked like it was going to have to be sold.

The financial pressure that Sophie and Luke had been under had really taken its toll on their relationship, however, they both saw some sense in one of them trying to hold on to the property, not only for the sake of the boys, but also because by the time they paid commission on the sale, and then split what was left over, neither of them were going to be in a position to buy elsewhere.

The solution for a long marriage with kids

We spoke to Sophie about consent orders as a way of resolving their property settlement. She knew that Luke was entitled to be paid for his share of the property, so a proposal was put together, which had regard to the following:

Property prices were going up in the area in which Sophie and Luke had bought their property, so they both stood to benefit if they could keep hold the property. Sophie would be able to refinance and pay Luke if he was prepared to wait another 12 months to receive his entitlement. Luke would get a share of the value of the property based on what it was going to be worth in 12 months’ time, so there was some incentive for him to wait a little while.

Drafting up consent orders gave both parties certainty about their agreement. As well though, it meant they avoided paying stamp duty on the transfer of the property from joint names into Sophie’s sole name, a saving of around $12,000. Getting to an agreement and finalising it by way of consent orders also meant they could both get on with their lives and it lessened the conflict between them.