You are here: Home / Enough money spent on Lawyers 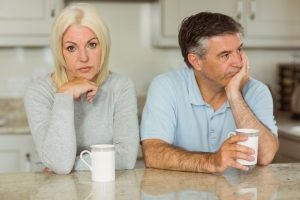 Amy and Rob had a difficult separation and had trouble reaching agreement on anything at all. They had a property, and other assets, like cars, bank accounts, a sum of money invested, superannuation, and some artwork they’d purchased some time ago. Rob was self employed and had his own car repair business and Amy was convinced he was squirrelling away money so she couldn’t access it as part of their property settlement.

The matter ended up in court before too long. The parties spent a lot of money having their affidavits prepared, issuing subpoenas in relation to Rob’s business and in relation to counselling the kids had had over the last few years, seeking interim orders for disclosure of information and parenting arrangements.

Part way through the proceedings, and shortly after the interim hearing, they both realised they’d spent a lot of money. A friend of Amy’s had said to her something along the lines of “All that money could’ve been spent on your kids”.

One afternoon Amy rang Rob and asked if they could talk. Their discussion resulted in a round table conference taking place and Rob providing the information that Amy needed in order to properly assess the parties’ financial position. Once they became more transparent about the property matters that had been outstanding, and started to find some common ground, a small amount of faith was restored.

They weren’t able to resolve everything straight away, but actually came back for a second round table conference a short while after the first. After two settlement conferences, some draft consent orders were tentatively put together. It still took a few more months for all of the issues to be addressed and for the agreement to be finalised, but both parties agreed that coming to their own agreement and having it formalised by way of consent orders resulted in a far more satisfactory outcome than they felt that the court proceedings were going to give them.

If you would like to discuss your matter with us, please contact our office for an initial discussion by call us or booking a call on this link.