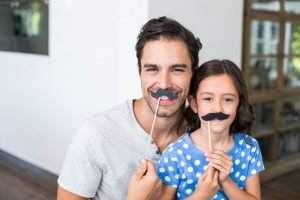 Stephanie and Charlie should have had a Simple Property Settlement. They bought a modest townhouse in Brisbane and had owned it for about eight years when they separated. The property had increased in relative value quite a lot over that time, but they were both in secure jobs and each was in a position to buy the other one out. As it happened, Charlie had met someone else, and he and his new partner Hannah planned to move in together. Hannah didn’t want to live where Charlie had lived with Stephanie, so this made the decision pretty easy.

Charlie and Stephanie didn’t have too many other things to divide. They each had a car and some superannuation. Charlie had some shares and Stephanie had an investment left to her by her father, so they were able to work out their agreement pretty quickly. Neither of them saw any value in getting any legal advice as they had a Simple Property Settlement They’d reached an agreement they were both happy with and it just seemed like a waste of time and money.

Charlie was keen to get everything squared away pretty quickly and the money Stephanie was going to pay him, coupled with some savings that Hannah had, was going to enable the two of them to purchase elsewhere. When Stephanie went to refinance, she found out that there was a stamp duty liability associated with the transfer of the property from joint names into her sole name. She went to Charlie on learning this news, but again, neither of them wanted to get any legal advice, and thought it easiest just to pay the stamp duty and get on with it. So they went halves in the cost, which was about $5000 each.

One small problem – No Consent Orders

What they didn’t realise, but found out later, was that if they’d obtained consent orders, reflecting in a formal way the agreement they’d reached, they would have received an exemption from the payment of stamp duty. Getting legal advice and having their already reached agreement drawn up into consent orders might have cost them some money, but it would have been significantly cheaper than paying the stamp duty. However, once it was done, it was done and there was nothing they could do to reverse the transaction.