Consent Orders in a Short Marriage

You are here: Home / Consent Orders in a Short Marriage

Consent Orders is a Short Marriage 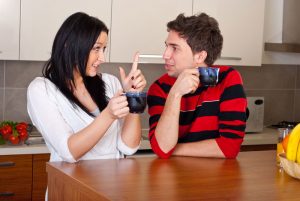 James and Emily got married in 2016 and separated in 2020 and hoped that Consent Orders in their short marriage would finalise their financial arrangement. This would be considered a short marriage. They had a daughter Erin, who was three years old when they separated. Emily wasn’t working when she and James separated. Emily  was worried about how she was going to be able to cope financially after James moved out. She had a friend who’d gone to mediation which resulted in an agreement being reached and consent orders being made. Emily was hoping for a similar way forward. She and James had been fighting a lot. She also knew that with Erin being so young, they’d have to find a way to stop the fighting if they were going to be able to be good parents for her for the next 15 years.

Emily figured she needed to know where she stood legally, so she sought out some legal advice. When she spoke with our team, she made it clear that she wanted to find an amicable outcome, even though at that time, it seemed impossible.

As it turned out, James was motivated by wanting to have a relationship with his daughter and he was worried that Emily might try to stand in the way of that. Despite their differences, he could see that Emily was a good mother and that it wouldn’t be good for Erin if Emily was forced to go back to work full time. He was willing to help out financially if it meant that Emily would be open to facilitating his relationship with Erin.

In this case Consent Orders in a Short Marriage made sense for both James and Emily. Consent Orders gave them both certainty in relation to the things they were each worried about losing. Emily wanted the consent orders to refer to regular payments being made by James to support her for the period leading up to Erin starting school. She then planned to return to work. James wanted the security of consent orders because it assured him that the time he was able to facilitate having Erin in his care could not be changed later on.

Consent Orders in a short marriage give parties certainty about the future.

There is no doubt that an agreement can be hard to get to. However, ending up in court is likely to push the possibility of consent orders further away from reach than ever, so it’s worth looking at, even if you think yours is a case where an agreement could never be reached.