You are here: Home / Consent Orders with Financial Pressure

A Relationship Under Financial Pressure 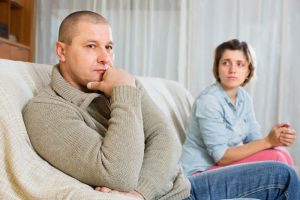 Sean and Catherine had a very acrimonious separation. They did not ever consider Consent Orders due to financial pressure that they were under. Their relationship was characterised by financial pressure, which had turned a happy relationship into one characterised by bitterness and resentment. Sean ran his own business from home, repairing electronic equipment, and it had never really got off the ground. He probably always knew it was never going to be enough, but it was work he enjoyed and he resisted Catherine’s increasingly frequent suggestions that he obtain full-time employment.

Catherine had done the bulk of the work raising the children, and then found herself having to work increasingly lengthy hours in order to meet the financial needs of the household and the children’s extracurricular activities. In the end, she figured she was better off without him, so she left.

They had a house, which had been purchased many years before, so it had increased a lot in value, simply by virtue of time. Catherine was desperate to hold onto the house, but unfortunately, so was Sean. He wanted it because his business was run from the house. There were bits and pieces of equipment strewn all over the house – another source of contention between them – and it would have taken some doing to move it all elsewhere. Catherine wanted it because it was the children’s home. Even though they were almost adults, and likely to leave home in the next few years anyway, she had a strong sentimental attachment to it that she couldn’t see beyond.

Catherine and Sean ended up in court. Lengthy affidavits were prepared by each of them, each supporting their respective cases for retaining the house and buying the other one out. The case wore on for around 18 months. Barristers were briefed for the hearing, which ran for two days. At the conclusion of the second day, when the case was finished, the Judge indicated his intention to prepare a judgment, which might become available in the next few months. So the parties faced a further period of waiting, their lives in limbo pending the judgment being handed down on some future date yet to be set down.

Even financial pressure and consent orders are possible.

Both Sean and Catherine left the court building that second day with their respective lawyers, and Sarah was sitting with her lawyer in a coffee shop when Sean walked in and made her an offer. Sean still desperately wanted to keep hold of the house, but he knew that if Catherine did too, the offer he had to make her had to be pretty good and he knew he’d have to pay her more than he wanted to.

The deal was struck the same day. Consent Orders were prepared and signed within two days and both parties walked away with an agreement they could live with. They achieved in less than 48 hours what they’d been unable to achieve in the preceding 18 months. Once they sorted out the agreement about the house itself, most of the other issues about who would retain what fell into place with little effort and their consent orders finalised and formalised everything. Even Consent Orders with financial pressure are possible.