Parents and Relocation with Consent Orders

You are here: Home / Parents and Relocation with Consent Orders 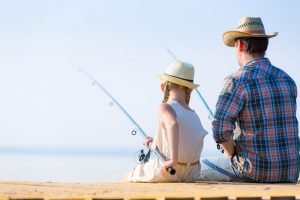 When Conner and Britney separated they did not consider parents and relocation with Consent Orders. Their twins Ashley and Ryan were eight years old at the time.. It was a relatively amicable separation and before long, they came up with an agreement about who would care for the twins at what times. Both Conner and Britney were employed full time, but they lived pretty close to one another and they worked out a way that each of them could be home for the kids on different days and the kids got used to the new routine relatively easily. Conner could leave early most days and this worked in well with Britney’s roster which she was largely able to control herself. They didn’t seek any legal advice and whilst they knew about the option to get consent orders formalising their agreement, there didn’t seem any point as they both figured things were fine.

About 12 months after separation, Britney met someone else and they started dating. Tom had two children from a previous relationship who lived in Perth. Tom and his former wife had had a difficult separation, and he’d ended up not seeing his children outside the school holidays. When a job opportunity came up in Sydney, he took it and that’s how he met Britney.

Six months later, Tom’s wife became quite ill and she needed Tom to go back to Perth to help take care of the children. He and Britney were talking about getting married, and Britney wanted to go back with him to Perth. She wanted to take Ashley and Ryan with her.

Parents and Relocation with Consent Orders

The proposed relocation turned the agreement between Conner and Britney on its head. Britney became more and more adamant she wanted to go to Perth and Conner became more and more desperate to ensure that didn’t happen. When Britney threated to go to Perth with the children anyway, Tom found himself having to get a lawyer and trying to obtain urgent court orders to ensure she didn’t just up and leave.

Their informal agreement meant that Tom had nothing formal to rely on to prevent Britney from leaving, and consent orders, made when the parties were amicable, would have ensured she remained in Sydney. The absence of consent orders meant that Britney could, in theory, have just left and gone to Perth, although that decision was likely to be problematic. Having consent orders might, however, have forced the parties to try to work something out, rather than enabling Britney to be in a position where she thought she could simply leave if she wanted to. Instead, court proceedings ensued, at the expense of both their relationship and their finances. Parents and Relocation with Consent Orders make for a much more amicable outcome.